Ripped from the possible headlines: How many media outlets will get lazy? 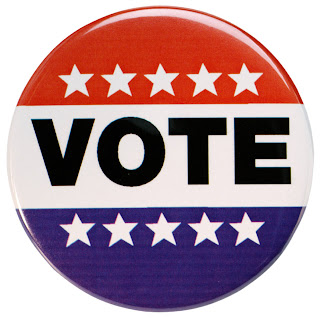 Here's a game you can play Tuesday night and Wednesday, especially if you live in Pennsylvania:

In Pennsylvania, we have a candidate named Tom Smith running for U.S. Senate. If he wins, count how many newspapers and TV broadcasts go the lazy route with the headline Mr. Smith goes to Washington. Sure, it's accurate and timely, but to me it's too easy and obvious.

Don't dress up as Captain Obvious this Halloween

One of my pet peeves in writing and speaking is obviousness. If possible, don't tell me what I already know. Of course, some obvious information might be needed to introduce new material or used as background later in the story, and that's fine, but obvious information shouldn't dominate a story.

Here's an example of a headline I saw Wednesday from Yahoo News:

Northeast struggling to get back to normal

It has been less than 36 hours since Hurricane Sandy, one of the worst storms in U.S. history, did major damage to New York City, New Jersey and other areas. So, some editor decides it would be a good idea to go with the stale and overused "struggles to get back to normal" headline. The only thing more obvious (and more cliche) is "(insert city here) begins to clean up."

Another area of obviousness is photo captions, especially regarding sports photos. I can't tell you how many times I've seen photos of baseball pitchers with the caption: John Smith pitches the ball in Tuesday night's game against Jonesville. In many cases, it's not necessary to tell me what someone is doing in a photo - I can usually figure that out for myself. Tell me who the person is, what group the person is with, when the event happened, the result of the event and other information, such as statistics or the highlight of the event, that can't be seen in the photo.

Writing or saying the obvious is a sign of laziness. Usually, the cure to obviousness is specificity. If you don't generalize, you'll have a much better chance not stating what is apparent to everyone.

Sorry for not posting for such a long time. I kept putting off a new post because I was focusing on other things, and suddenly, 2 ½ weeks have sped by.


I’ll get back to posting with an issue that pops up from time to time, and it can be confusing: Should you use a singular verb or plural verb with the word percent?


OK, that’s clear. But, what about when percent stands on its own? The Associated Press Stylebook says percent takes a singular verb when standing alone. Treat percent as a singular noun:


The teacher said 60 percent is a failing grade.


OK, so what about when percent is standing alone, but a noun/pronoun is implied after percent? For example:


The students are going on the field trip. Twenty-five percent (has or have) sent in permission slips.


The AP doesn’t address this issue, so I will. Although percent is standing alone, the implied construction (derived from the previous sentence and common sense) is percent of students. Students is plural, so the verb should be have. If there is no noun/pronoun after percent but a noun/pronoun is implied from context and common sense, determine whether it is singular or plural and then use the appropriate verb.

I found out through a friend on Facebook that today is National Punctuation Day. Who knew? To celebrate, here's a classic bit from Victor Borge.
Posted by Unknown at 9/24/2012 12:31:00 PM No comments:

I try to keep things understandable in this blog, not getting caught up in grammar jargon and English-class speak. I've been in the editing business in one form or another for about 25 years and even I get confused when grammarians use all that jargon: reflexive pronoun, future perfect tense, dangling participle, antecedents, etc.

So, from time to time on this blog, I'll take a grammar term and try to simplify it for you.

An independent clause is a group of words that could stand on its own as a sentence.

For example, two halves of a sentence on each side of a semicolon are independent clauses because each half could stand on its own as a sentence: I rode in Dan's car; it was blue.

Here's another example: She will visit us if she can.

If you have any suggestions of grammar terms you would like me to simplify, let me know and I'll see what I can do.

Never, ever use this word

Want to drive me crazy?

Every time I hear it I just want to slap someone.

If winninger isn't a word, then neither is winningist.

So, what do you use to describe a person who has won the most games in a sport? Use most winning.  For example:

Titles are a capital idea - sometimes

During these weeks of political conventions, we all have seen references to the president, representatives, senators, governors and other officials.

It has been my experience that many people have trouble with rules of capitalization when using titles with names. I use The Associated Press Stylebook rules for these situations, and the rules are fairly simple.